This project[1] uses the methodology of Transparency International focused on assessment of the chosen institutions and their integrity in particular countries which is called National Integrity System Assessment (NIS methodology). This methodology is based on a TI’s holistic approach which believes that the ethical challenges in public sector and its readiness to fight corruption have to be examined complexly and coherently. The NIS methodology does not seek to offer an in-depth evaluation of each pillar, but rather puts an emphasis on covering all relevant pillars and at assessing their inter-linkages. Therefore, when examining the means to combat corruption in public sector, there is a need to focus on all relevant pillars as is shown in the Picture. 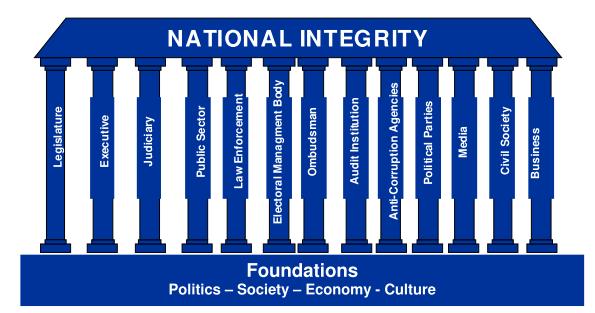 The relevant pillars in Slovakia are:

∗ These pillars will be assessed beyond the NIS methodology framework

The aim of the NIS project is to compare resistance of these institutions and identify their tools to fight corruption.

The chosen researcher (SGI – Slovak Governance Instiute) will examine, using the NIS methodology, the integrity and readiness of chosen Slovak institutions to curb the corruption practises for the first time. Slovak public sector has never been examined by employing the NIS methodology. The time schedule of the project assumes the research duration since January 2011 until October of the same year.

The results of the research will serve as the basis for the definition of further activities within the project (2011-2012) and within the further work of TIS. Predominantly, they will be focused on enforcement of the inevitable changes leading to prevent corruption in Slovakia. 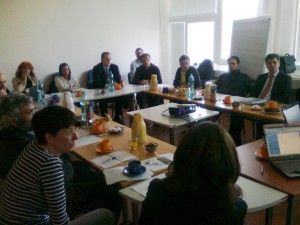 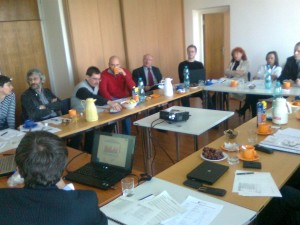 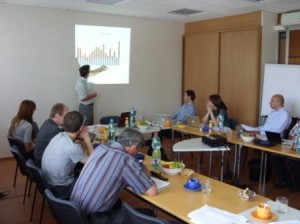 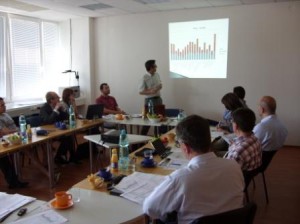 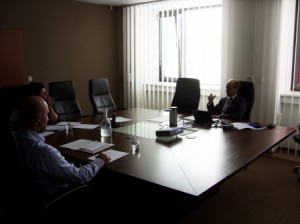