The British chapter of Transparency International conducted last year within the program focused on defense and security the first review of transparency and corruption risks of defense ministries in 82 countries. This area was reviewed mostly because corruption in defense is a fundamental question of national and global security. 82 countries were review based on 77 questions in five fundamental areas, in which corruption risks could be anticipated: political area, financial area, personal area, operational area, and  procurement.

On the whole, Slovakia was placed among countries with moderate corruption risk (Band C). In countries with this rating, we can observe certain negative trends, e.g. weak participation of the civil society, insufficient mechanism for protection of whistleblowers, or a lacking supervision of staff working on sensitive positions prone to abuse. Beside Slovakia, most of reviewed EU countries were ranked in this Band, e.g. the Czech Republic, Hungary, Poland, Bulgaria, France, Greece, Italy, Latvia, or Spain.

The Slovak Ministry of Defense scored highest in the area of finance (78%) and lowest in the area of operational management (25%) (the average score in this area was 28%), where all ratings resulted to be problematic – not considering corruption in security structures, a lacking anti-corruption training for soldiers on missions, lacking instructions on shopping during missions, as well as unclear role and status of private suppliers. In other areas, the Slovak defense resort received following score: political area 63%, personal area 60%, procurement 54%.

11% of countries ranked higher than Slovakia in this review. Only 2% of all participating countries ranked in Band A (Australia and Germany) and another 9% ranked in Grade B (examples from the EU are Austria, Sweden, and the UK).

Since as much as 69% of countries ranked in bands, in which corruption risk in defense ministries is high (D), very high (E), and critical (F) – the British Transparency International released, beside the ranking, also general recommendations for ministers, legislators, civil society actors, and defense companies (these can be accessed in the final report) 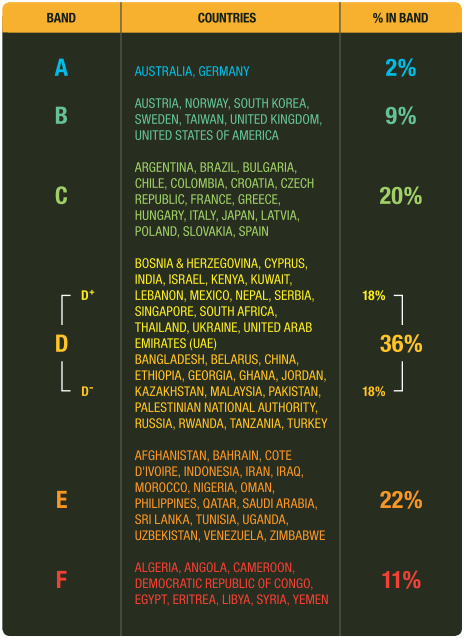 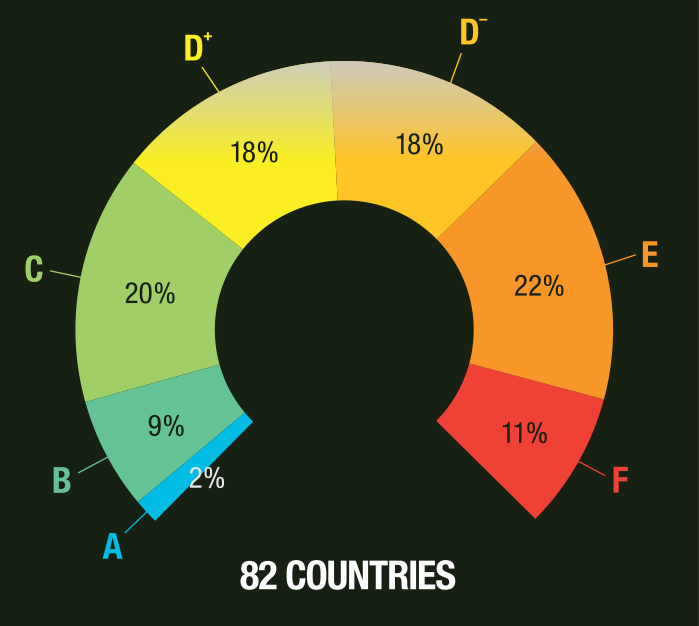 More information can be found in the final report of Transparency International UK, in their press release, or on the official website of the index: www.defenceindex.org/government

More data on Slovakia can be found here.